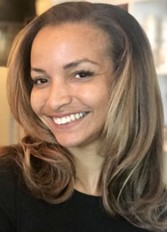 Merger and acquisition (M&A) deals can be some of the most crucial events companies encounter. Handled well, they have the potential to strengthen businesses, including their future growth prospects. However, there are multiple opportunities for strategies to fail and negatively impact valuations and capital structure. While everyone will have a role to play in a successful M&A, a CFO will be especially important, says Simone Grimes. Below, Simone Grimes uses her experience spent serving on board audit and finance committees to help CFOs understand how they can lead their companies past potential pitfalls during M&As.

What are the different types of M&A transactions?

“First, let’s back up just a little and remember that M&A transactions take many forms and sizes and have different scopes,” says Simone Grimes. “You can typically think of transactions as being horizontal or vertical. Horizontal transactions involve two companies that operate in similar industries and who may or may not be direct competitors. Think Frontier and Spirit airlines as an example.”

Vertical transactions, on the other hand, are when a company acquires a supplier, customer, or key stakeholder along its value chain. “These are much more common these days and include when Tesla has bought battery companies, solar energy suppliers and automated manufacturing technologies.”

Simone Grimes explains that by contrast, conglomerates are established when a company buys another company in an unrelated industry to diversify its revenues or enter new segments, as did Amazon when it purchased Whole Foods in 2017.

“Additionally, in terms of parties to the transactions and reasons for the M&A, those vary quite a bit, too,” states Simone Grimes. “There are the standard M&As between companies, which could be the acquisition of the entire company or just a piece of it, such as the sale of a division or segment of the company.”

The other very common type of M&A transaction, Simone Grimes continues, is private equity led. In it, a fund aggregates an otherwise fragmented market with the intention of increasing the value of the sum of the parts sufficiently to command significant returns at a future exit (usually in the 5-10 year horizon) in the form of either a public offering or by attracting a larger buyer. In any of these scenarios, the CFO may represent the buy side or the sell side.

“So, with all of those variables understood, let’s put them to the side and assume we are talking about a simple M&A, whereby a larger company will acquire the assets of a smaller company,” says Simone Grimes.

What is the CFO’s strategic role in M&As?

In this type of deal, Simone Grimes states that she would expect the CFO to  be involved in all phases of the transaction, from planning and strategy building, to evaluating targets, all the way through execution. Equally important would be post-deal integration.

“On the early side of a transaction for the CFO on the buy side, I would expect them to be heavily involved in developing the strategy to include vetting whether an M&A is, indeed, the right strategy,” Simone Grimes reveals. “Once that has been established, securing the capital (deal funds), evaluating target companies, evaluating risks, forming an early tax strategy, and formalizing the communication plan with stakeholders would all be the duties of the CFO.”

On the buy side, she believes many of the same steps would remain the same minus the capital raise.  She would add in an extra step of pre-deal marketing due diligence, which is really bringing in an outside party to basically do everything a buyer should do in the due diligence process to find any red flags and give the company time to correct them.

Embedded in every step, the CFO should take a step back and re-assess if the deal is still worth making. In any M&A transaction, the CFO should engage in robust tax planning.

What are the pitfalls to avoid in an M&A transaction?

The potential tax consequences of a merger or acquisition to a business entity and its owners and the complexity of the tax principles involved dictate that managing tax risks is one of the most critical aspects of an M&A transaction. The CFO should provide the strategic analysis that informs and guides M&A decisions and structuring. Additionally, the CFO should stay current on changing tax regulations to ensure the tax strategy remains viable.

Simone Grimes believes that an often overlooked but critically important component of M&A transactions is the communication strategy.

“Remember: it’s not great to arrive at what you think is the midpoint of a transaction and learn that there are stakeholders who have objections that should have been addressed earlier,” Simone Grimes says. “Developing and implementing a clear communication strategy from the get-go, one that includes checking periodically for hurdles like these, can save everyone a lot of time and money.”

She advises that CFOs expand their definition of an “overlooked party.” “We always think of the big ones, which is certainly helpful, but remember that if small or local regulators are overlooked, deals can be stalled.”

Simone Grimes concedes that customer due diligence of the acquisition target is a topic that can be a little sensitive. “They will generally only offer up customers with whom they have strong relationships, but you need to dig a little deeper and ask the right questions to really stress-test the customer revenue streams,” she recommends.

The other area to really consider is how much “heft” CFOs are bringing to the deal vs. the other party. In the example of a private-equity firm or larger company buying a smaller company, she thinks that CFOs should be mindful of how much muscle power they are deploying because they don’t want to overwhelm the target and derail them from focusing on running the business.

“Lastly, from a structured perspective, I would say that to the extent you can use ‘hold back’ provisions in the contract that extend through the life of the rep and warranties, that is obviously preferred. This really de-risks the notion of overpaying based on future forecasts,” Simone Grimes states.

What is some advice for CFOs who are facing an M&A situation?

First, plan early. Whether CFOs are on the deal side or the buy side, they should give themselves enough time to develop a well-thought out plan. Remember to really focus on the tax strategy and to stay abreast of any legislative changes that are on the horizon that may impact a tax position or strategy.

“Next, get your deal partners lined up,” advises Simone Grimes. “They will be key to you being able to successfully navigate the M&A. Also, don’t underestimate the importance of your communications plan and post-deal integration. These areas can mean the difference between sailing past issues and stumbling over them at the most inconvenient of times.”

Some wisdom on post-acquisition planning and execution

Two of the most common reasons why a deal fails to generate the expected ROI come down to an inability to bridge the cultural differences between the two organizations and poor post-close execution.

“In either situation, a CFO can – and should – play a crucial role in planning for and mitigating such issues,” says Simone Grimes. “Steps they can take include outlining acquisition goals and the company’s future desired state, aligning leadership with the plan, and emphasizing the importance of human capital on either side of the deal.”

She also suggests documenting business-critical processes and systems as well as taking steps to orient the two businesses’ cultures.

The takeaway for CFOs approaching an M&A

“The ability of a CFO to prepare and lead their company through an M&A will help to maximize the impact of the deal,” says Simone Grimes. “A successful M&A all begins with preparation and a commitment to following through on every detail, no matter how small.”

Simone Grimes is an independent board member, audit committee financial expert, Chief Financial officer (CFO), and entrepreneur who has a BSC in Accounting, MS in Finance, and MBA from Cornell University. She has held financial leadership roles across various industries, including financial services, big-four (PwC) public accounting, tech, and consumer products. Simone Grimes serves on the audit committee of for-profit and nonprofit boards.