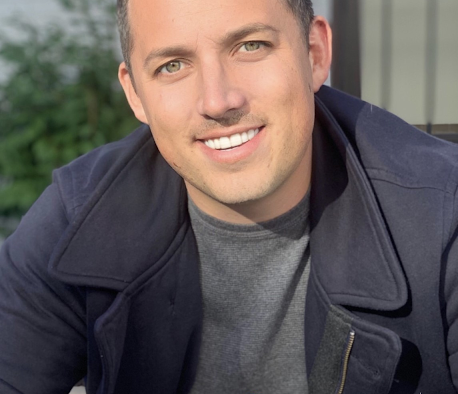 In 2020, Amazon accounted for nearly ⅓ of all ecommerce in the United States, and because of the pandemic, customers spent 44% more online compared to 2019. Those kinds of numbers should get your attention because they signal that you have a tremendous opportunity to diversify your income and improve your finances. Eric Walsh, the creator of the Genius Academy Digital Master Class, agrees. “Now is the time to start selling online with Amazon. There’s a huge chance for people to get their share of its cash cow. You can see the potential you have for additional income if you enter ecommerce with the knowledge and skills to run your business well.”

Eric explains that it’s a mistake to think that Amazon is so inundated with sellers that a new entrepreneur could never generate profits by selling on its platform. “There are over 7 billion people in the world. I won’t, of course, go so far as to say that every one of them is a potential customer, but you get the idea: you can sell to almost anyone in the world, anywhere, so there is still plenty of success waiting for a new ecommerce business. Why not let that be yours?”

Those who have dreamed of having their own online business can begin with a low investment of capital. “Remember, you won’t have a brick and mortar store, so you’re already saving on rent, utilities, insurance – all the things you’d need if you opened your own store on Main Street. Instead, it’s all online. You also can put into it as much, or as little, time as you want. It doesn’t have to be a forty hour/week job. It can be part time if you like, but remember that the amount of time you invest in it will contribute to how much profit you see in the long term.”

Eric says you might be surprised at who is finding success selling products on Amazon. “My clients come from around the world, and I’ve had every age, from a guy in his teens to a woman in her seventies. Ecommerce, especially through Amazon, is an equalizer, I think. Anyone can generate extra money for themselves by selling online once they understand how it’s done and commit themselves to it.”

Before starting The Genius Academy, Eric spent crucial years perfecting how to build and scale his own Amazon business. He emerged with a proven formula that would lead him to success. “I studied the market for I can’t tell you how many hours so that I could discover products that sell consistently. That is definitely one key to maximizing your profits, and I teach you how to do this in my academy.”

In The Genius Academy, Eric teaches attendees how to realistically build their own Amazon ecommerce business. “You learn everything I know about how to monetize Amazon products, get organic traffic from Amazon to your own website, understand Amazon’s A-9 algorithm, source and negotiate with China, and monetize, among other topics.”

Eric’s extensive course saves his students untold time and helps them to avoid the errors he made when he first started out. “It’s all about proven ways to maximize your company’s profits,” he says. “I hold nothing back. I have earned my money and can now live as I want to. I want others to enjoy that same freedom, so I am passing on everything I have learned to you. Amazon is always going to dominate ecommerce, and with the world as big as it is, there is no reason you can’t be part of the profits and transform how you live your life.”

Previous Article
AmourPrints: Hear Founder Kirstie’s Story as She overcame Shyness and Started a Company
Next Article
Why Ghostwriting is a Lucrative Business