Mostafa Amir Modak is an inspirational Instagram influencer rising in the hearts of his many followers. Mostafa’s success is a byproduct of his large following. His content mostly consists of pictures, videos, Instagram stories coupled with sarcastic and comedic captions. His inspirational gym posts and pictures of rare cars tend to pique the interest of over 100,000 users and counting.

His road to over 100,000 followers and counting didn’t stop there, people were drawn to his account when he began to display ties to streetwear fashion clothing line, Sniper Gang and to celebrities, specifically American rapper Kodak Black known for his music and bad boy persona. “I definitely want to be the best so I make a point to learn from the best.” Instagram users grew even more fond of Mostafa when he began to receive shout outs from designer fashion resale companies and fashion pages which then expanded his reach to a whole new audience of social media users.

Although born in Patterson,New Jersey, Mostafa grew up in Cairo, Egypt where he faced difficulties as a child. His rough upbringing landed him in military school in South Jersey where he obtained his GED and enrolled into the marines. “I’ve had my fair share of challenges. Everyone faces them. It’s about what you do after you’re faced with adversity that defines who you are and what you can do. It was tough to get where I’m at,” he says “I had to crawl before I learned to walk.”

But even with his rocky beginning, Mostafa uses his experiences to his advantage and is able to relate to his audience through his hardships. “You gotta go against all odds to boss your life up. That’s what really helped me become the man I wanted to be”. When asked about his goals as an influencer he lets me know that he wants to go further than simply entertaining people through social media. “I want to encourage people to get up and reach their goals everytime they scroll across their timeline”. He is doing just that as almost every one of his posts is left with a comment from an inspired follower.

“Anyone can make it as an influencer. You just have to keep it simple, stay humble and promote yourself as a brand as much as possible.” he says pondering, “I would say also having good connections is really important as well. You’re only as good as you network. Your network can really take you to that next level.” He has also worked with other Instagram influencers such as Krysten Ritter, Hasan Johnson and Francesca Fargo and many more. “I’m definitely open to more collaborations.” he says enthusiastically.

Already notarized on instagram, he has plans to be very successful and grow his brand, “My next step would definitely be getting verified on instagram and will continue to establish relationships and partnerships with companies and brands I believe in, starting sponsorships and advertisements to my following”. Mostafa shows no signs of slowing down as of yet and his followers are made sure of it.
When Mostafa first created his Instagram he didn’t think his social media would have the amount of impact he has on his users. Since then Mostafa has created an online presence so impressionable that he has inspired others with his unique personality. “I use my platform as an outlet for creativity. I showcase my life, my trials and tribulations and people feel it.” As his reach continues to expand he continues to be an inspiration for others and encourage relay to his followers the message that “there are many ways to make a difference.” For now, Mostafa has big plans for his future and his followers, keeping them inspired and hitting that like button.     When Mostafa is not making content he works as a United States Marine and investor. His life spills into his work and that is what makes him so relatable and genuine to his audience. What Mostafa enjoys most is being creative with his platform. He also enjoys the opportunities that stem from his online presence.

Previous Article
Bhaskar Ahuja: The Future of Global Supply Chains is Transparency
Next Article
What Most Financially Successful People Do to Amass Wealth – And Why You Can Do It, Too 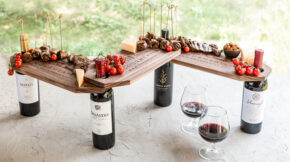